The British culture of homeownership is unlikely to change overnight but there are tentative signs that a transformation may be underway, sparked by the melt-down in the financial sector 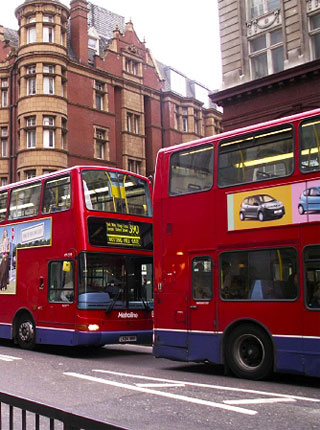 As anybody who has lived in London knows, the city's transport system grinds you down, not so much due to the time it takes to get anyway as the unreliability of the "service". If you are dependent on two or more modes of transport the level of reliability plunges exponentially whilst your anxiety rises in equal measure. After years of suburban commuting, my patience and British stiff upper lip had started to slip. So, despite Britain being in the grips of the worst recession for decades and house prices - the perceived barometer of the nation's economic confidence - nose-diving my husband and I reluctantly decided to sell up and move on.

As our shortlist of desirable districts was based as much on transport schedules as value for money, Borough - the area around Southwark Cathedral from where the pilgrims in Chaucer's Canterbury Tales set off - came top of the list. Borough (or SE1 to use its postcode reference) appealed because of its large Victorian warehouses conversions and a reputation as a bohemian enclave. Like many "young" professionals in London we were tempted by a loft-style living that offers the benefits of a period property with the amenities of a modern living. Additionally, as SE1 has undergone significant regeneration in the last few years, it boasts fine restaurants, superb wine bars and, of course, Borough Market with its Friday and Saturday food market.

Before and after work my husband and I walked the narrow streets that populated Charles Dickens' novels like Oliver Twist and Little Dorrit, armed with details of properties located in warehouses and developments with names such as Cinnamon Court, the Jam Factory and Tanners Yard.

Despite the district becoming known in recent years as SoBo (South of Borough) - echoing New York's SoHo - the past was all around us. From the brooding warehouses that housed exotic spices and fine teas from the British colonies to the chimney stack of Hartley's factory where no doubt whole families sweated long hours "mass producing" sweet jams for the growing merchant classes... every street recounted the poverty and deprivation of nineteenth century Bermondsey. In fact, one of the most desirable warehouse conversions, which is popular amongst artists and creative minds, stands a few blocks from Marchalsea Road - the location of the infamous debtors' prison where Little Dorrit lived with her father.

Apart from the edifices of Victorian capitalism, I was also struck by the many churches and chapels, illustrating another aspect of the area's social history. Amongst the warrens of workhouses stand quaint neo-gothic churches, from which vicars' wives would have dispensed charity to the "deserving poor" during long winters. And red brick chapels of the non-conformist Baptists and Methodists, who preached temperance to impoverished workers who drank their pitiful wages, nestle incongruously next to trendy wine bars. 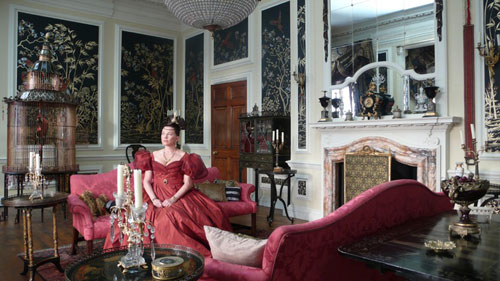 As I enjoyed recalling the history of this district, I was however acutely aware that the modern equivalent of the Victorian tenement block is never more than a stone's throw away. My mind wandered from Dickens' London to the demographics and social engineering of today's capital. Whilst urban regeneration always affects impoverished boroughs, the chief beneficiaries are well-heeled professionals - like me - looking for an affordable home and entrepreneurs eager to service those professionals' lifestyle. A degree of inward investment and general gentrification rubs off on such areas, but in general the contrast between the lives of new and existing residents widens.

From Paris to Warsaw

Admittedly British cities have always been characterised by an obvious chasm between private homes and social housing stock, distinguishing them from many of their continental cousins. Whereas social tenants in Europe tend to live on the outskirts of cities - as typified by the grim rows of apartment blocks in Paris' banlieu or the concrete high risers on the edge of Warsaw captured superbly in Kieslowski's Dekalog - Britain's city planners have typically interspersed housing estates amongst desirable streets. In the Eighties, when councils were permitted to sell off social housing to raise funds, the demographic disparity became even more apparent. As owner-occupiers with an appetite for renovation moved into flats next to families on welfare, housing estates started to resemble mosaics of paint-peeling facades interspersed with smart front doors and colourful window boxes.

Such juxtapositions, however, illustrate more than the segregation of the haves and the have-nots. They emphasise a significant difference in the attitude to renting between Brits on the one hand and Europeans and North Americans on other. Of my friends around the world - all professionals, academics, consultants, medics... - only a handful own their home and those who do are mostly based in Britain. The majority of my acquaintances live in rented accommodation but admittedly also in countries with strong rent control traditions or long-term rental arrangements. Whilst friends in London escaped the poor quality of private rental flats as soon as they could scrape together a deposit, my friends abroad settle into their three, six or nine year tenancy, stamping their personality on their apartment and developing a bond with their neighbourhood.

The British culture of homeownership is unlikely to change overnight but there are tentative signs that a transformation may be underway, sparked by the melt-down in the financial sector. Despite tumbling house prices first-time buyers are still struggling to access the housing market as banks have scaled back mortgage lending to an all-time low. However, as redundant professionals who bought buy-to-let homes in the good times are desperate for regular income, private tenants can demand better quality properties at a reasonable rent. As a consequence, a wider range of social classes are starting to move into neighbourhoods that were previously the preserve of executives, sowing the seeds for grass roots urban regeneration.

As I was musing about the demographic developments in my city, I crossed the last potential flat off my list. Had I found my dream home in SoBo? Alas, no. Whilst the area claims an avant garde cachet, the European in me found the properties too bland, too conventional and too artistically safe. A far cry from New York's SoHo or Paris' Les Marais!