My recent trips to the Royal Albert Hall had cheered me immensely: a cross section of my countrymen is obviously holding out against the onslaught of the trivialisation of culture with their hunger for artistic experiences that lift them out of the sleepwalking routine of daily life by inspiring and challenging them

On a breezy summer evening I slip-streamed into the maelstrom of people marching north from South Kensington tube station to the Royal Albert Hall. Footsteps quickened as we past the neo-gothic splendour of the Natural History Museum, the neo-classical proportions of the Science Museum and the Sixties' concrete of Imperial College London. The architectural highs and lows en route could not however deflect the focus of this random group of Londoners who were united in one respect only: their anticipation of an evening's music after a day at work. Yes, this year's Proms season had arrived. 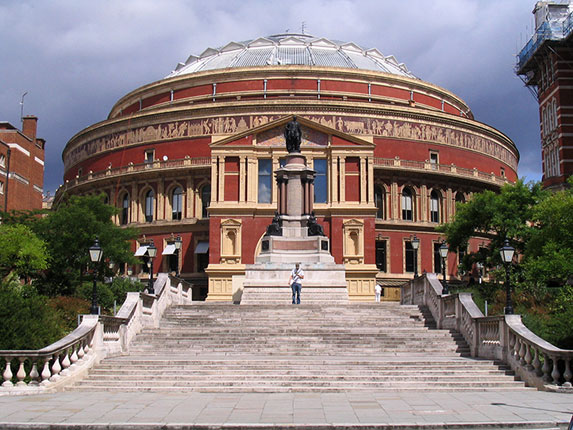 Ever since I started visiting London the Royal Albert Hall has been synonymous to me with music, and more particularly that superb English invention: the Promenade concerts. Launched 115 years ago by Henry Woods, the Proms aimed to bring classical music in all its form to a wider audience at an accessible price. Notwithstanding the globalisation of culture and the resulting homogenisation, this annual series of over 100 summer concerts has endured for over a century. Moreover, due to its success it continues to attract leading British and international orchestras, conductors and soloists during the summer months, when musicians would normally be holidaying or preparing for the autumn season with their home orchestra.

Tonight was going to be a particular delight for me. I had taken the day off so I could prepare leisurely for the treat in store. This would make a nice change from the normal pre-concert routine. Like most Prom-goers (or "promenaders" as they are known), my Proms trips are usually preceded by a few anxious hours at work watching the clock and hoping against last-minute instructions that could jeopardise a prompt exit in order to reach the concert in time.

In many ways tonight's evening of music was going to be similar to my other Prom experiences over the years but this evening would also differ in a number of respects. Arriving at the hall in a relaxed state was only the start. It was also the first time that I had treated myself to both the early and late concert as choosing between the mixed offering of Mahler's Ninth Symphony and the challenging but beautiful Seven Last Words from the Cross by the contemporary Scottish composer James Macmillan was impossible. Furthermore, this was the first concert I had attended since performing in this famous venue myself - an experience which gave me an odd sense of empathy with the chorus as well as a performer's insight into the peculiarities of the hall's acoustics. 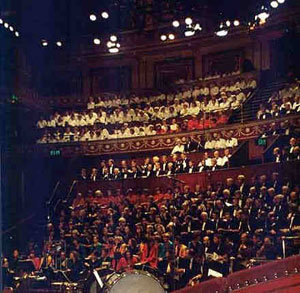 The magic of a Scratch concert

Only a week earlier, I had joined some 2,000 singers drawn from choirs and informal singing groups across the UK to perform a "Scratch® concert", in particular John Rutter's Requiem conducted by the composer himself. Scratch® concerts are a fascinating musical concept that could only really take root in a country like Britain. The premise is very simple. Pretty much anybody can sing choral music whether formally trained, a regular singer in a local choir or an enthusiastic amateur. Often the only restraining factors are inhibition, the need for musical direction and an inability to attend regular rehearsals due to personal or work commitments. In 1974 a group of singing enthusiasts led by Don Monro organised the first Scratch® concert to prove the point.

Individuals who loved singing and choral music learnt of the time and place of a Scratch®" concert by word of mouth. The result was an astounding success. Friends and strangers joined forces to sing Handel's Messiah from scratch for the sheer joy of making music. Over the next three and a half decades the idea grew into three formal concerts a year at a major musical venue drawing volunteer singers from across the nation to sing a requiem with no more than a few hours of practice together. Despite the success of these concerts, at its heart remains the basic concept that the pleasure of a musical experience is available to anybody irrespective of age, class or education. And, although their musical focus is narrower than that of the Proms, in some ways Scratch® concerts are a natural extension of the same tradition.

Against the trivialisation of culture 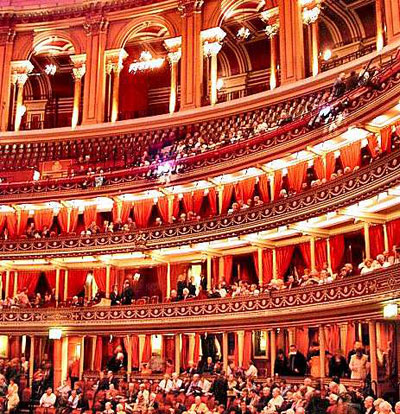 Back at the Prom concerts I soaked up the atmosphere in the hall and reflected on the promenaders. Some were obviously students judging from their age and appearance but the majority looked like office workers, civil servants, teachers, professionals and craftsmen, who ventured out to enjoy an after-work concert. Like me, many promenaders had been organised enough to book seats for the performances; others had just turned up on the night and queued to secure the last seats, or a standing space in the arena for £5. Irrespective of the audience's appearance and seating arrangements all were spellbound by the music. Whether they enjoyed the final poignant movement of Mahler's penultimate symphony from the vantage point of a box or from the arena (where they had stood motionless for nearly 90 minutes), they all absorbed the experience the Prom concert offered.

Watching complete strangers abandon themselves in a thoroughly personal and restrained way to music that pushes the contemporary classical boundaries whilst being a natural extension of centuries of choral tradition was a deeply humbling experience. More so as it echoed the same honest joy and humanity I had experienced at my recent Scratch® requiem, where I had shared the delight and camaraderie of making music with complete strangers.

As I left the hall, tingling with sounds that had penetrated more than my eardrums, I was reminded of a line by T.S. Elliot: "Those who say they give the public what it wants begin by underestimating public taste, and end up by debauching it". My recent trips to the Royal Albert Hall had cheered me immensely: a cross section of my countrymen is obviously holding out against the onslaught of the trivialisation of culture with their hunger for artistic experiences that lift them out of the sleepwalking routine of daily life by inspiring and challenging them. As long as this appetite and resilience persist the Proms will not only survive, they will flourish!